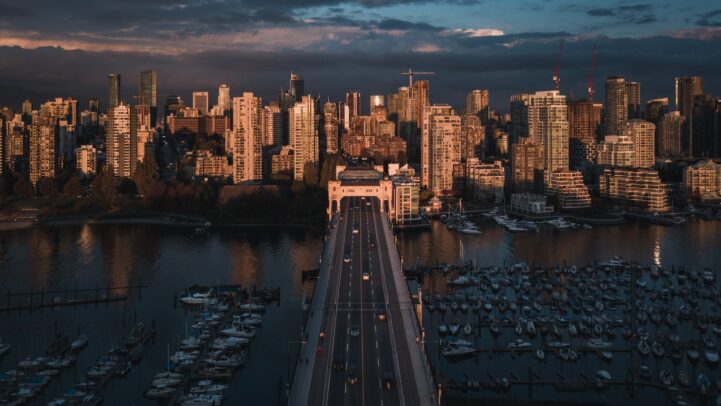 Congrats, Vancouver! You’re Canada’s most indebted city, largely due to the recent rapid rise in real estate prices. Breaking down the Canada Mortgage and Housing Corporation (CMHC) numbers fromyesterday, we can see where Vancouver spends its cash. In Q2 2018, over 80% of Vancouver Census Metropolitan Area (CMA) debt was tied directly to the value of real estate. Vancouver is now the most vulnerable city when it comes to interest rate hikes, due to real estate debt.

The debt to income (DTI) is a measure of debt, and tells us a lot about households in a region. The DTI is the ratio of debt in contrast to the amount of disposable income households have. The higher the DTI, the more debt households have, relative to their income. The lower the ratio, the lower debt they have relative to their income. Ideally, you want to see this ratio taper, while the economy is booming. That is, unless you’re a central bank trying to stimulate the economy with cheap debt.

High DTIs might seem manageable, but there’s quite a few problems with it. When accumulated at low rates, these borrowers are certain to see servicing costs rise. Since their debt service ratio is already high, a rise in rates can push these households to their limits. Best case scenario, these households slow down consumption. The slowing of consumption, especially when tied to a region, can have a big impact on a local economy. Less consumption means lower GDP. A drop in GDP can mean a decline in employment, stalling wages, or even recession. Not a sexy best case scenario, is it? On that note, let’s break these numbers down.

Vancouver Households Owe $2.42 For Every $1 They Earn

Vancouver takes the cake for Canada’s most indebted city. The DTI ratio for the city’s households was 242.11% in Q2 2018, up 7.1% over the past 3 years. To put it another way, these households owe $2.42 for every $1 of disposable income they earn. That’s 16.34% higher than Toronto, the next city on the list. It’s also 41.32% higher than the national average in Canada, which is one of the highest in the world. That’s a pretty impressive print there, Vancouver.

Canadian Debt To Income By City

The ratio of household debt to disposable income, in major Canadian cities.

The DTI growth rate is also the second highest in the country. The 7.1% increase over the past three years is only beat by Toronto. The national average was less than half the rate of Vancouver’s, coming in at 3.5% over the past 3 years. The city’s debt increase is due largely due to new real estate debt.

Over 86% Of Vancouver’s Household Debt Is Residential Real Estate

Almost one in ten dollars owed in Vancouver is attached to real estate. The mortgage DTI is 176.9% alone, with HELOC DTI representing another 30.9%. That’s 207.8% of DTI, attached to the value of a household’s home. If you’re thinking this number isn’t as high as you thought it would be, you’re not considering the distribution of debt.

Vancouver household debt to income ratio, broken down by type of debt.

A lot of people in Vancouver have no mortgage debt, and the majority have whittled away at their mortgage. Only 27% of Vancouver CMA households had a mortgage in Q2 2018, so the other 73% is averaging the numbers lower. 18% of households bought in the past 5 years. That means 82% of households bought at much lower prices, with a lot of time to whittle away at their debt pile. A fifth of Vancouver households have higher than average DTIs, and are more vulnerable to rate hikes. That’s before we factor in the shock that typically occurs at the end of the business cycle that we’re approaching.

Who gives a f**k about these highly indebted households? Well, they impact comps, financing rates, and ultimately the value of your home. If they’re forced to sell lower, the value of your home goes lower. If they default at a higher rate, they raise the costs for new buyer financing, reducing liquidity. Reduced liquidity means lower buyer competition for your home. Less buyer competition means less upward pressure on home prices. Both of these problems ultimately turn into your liability…. even if you aren’t one of these highly indebted households.